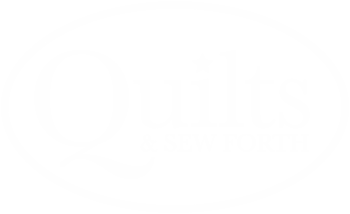 I began learning patchwork in 1995 while working for Quilts 'N Sew Forth in Singapore.  Even though I am much more comfortable behind a desk, punching numbers on a calculator, I was encouraged to learn what our business was all about.  I took Monique's (my Mom) beginner, intermediate and advanced class and also join her Tuesday morning quilt group.  Thrown into it fast, I was exposed to everything from machine patchwork to applique.  However, in 1998 when I moved back to the US to get married I packed up everything I owned except a sewing machine.  I hate to admit I have not sewn since.  Since we both loved working together, Monique and I decided to open up a small quilt shop again in 2009...the idea was complete when we found the cutest little red cottage in Mentor, OH.  Two years later and we were bursting at the seams and moved up just the road to our existing location.  It has been a great ride so far, made even better by our great community of quilters.  Perhaps I will take our Skill Builder Series when my kids leave home and explore this passion all over again!
SARA SCHIRRIPA - Shop Guru 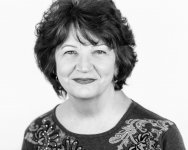 I made my first quilt in 1998 with the help from my sister who had made many quilts mostly by hand piecing and quilting.  Luckily she also knew how to machine piece and taught me the basics, but told me to find a local quilt shop to hone my skills.  I did just that and became addicted.  I continued to take classes and learned many techniques. The classes even helped me become pretty good at free-motion quilting.  Then a sad day came when my quilt shop closed. As my quilts got bigger they became difficult to maneuver on my machine. Then one day while driving to the mall, a new sign went up that said Quilts & Sew Forth. Not only was I excited for their beautiful fabric, but they had a quilting machine.  I never quilted again at home (except very small projects).  I didn't realize at the time, that one day I would be running that machine.

LINDA CHILDS - Shop Guru
I began quilting in 1989 when I joined a guild at the Country Hutch quilt shop in Geneva, Ohio. I learned the basics from Alberta Taft and this included making my own templates from cereal boxes, hand piecing and, of course, hand quilting, but I soon found that I preferred rotary cutting and machine piecing.
Over the years, my taste in fabrics and colors has changed, and consequently, I have an abundant stash. I often make feeble attempts to use up this stash but find that I have little resistance when a new line of fabrics arrives at the shop.
I have attempted numerous times to master free motion quilting but to no avail. I remain hopeful that the machine quilting fairy will touch me with her magic needle. In the meantime, I know a good long-arm quilter.

MONIQUE NOONAN - Quilter in Chief/Teacher (1944-2021)
Monique  started sewing before she learned to read. A native of Switzerland, she was schooled in the many facets of home economics and has been sewing, quilting and knitting ever since.
After taking some quilting lessons in 1983 and attending the International Quilt Festival in Houston, she decided to open a quilt shop in Singapore—the first of its kind in South East Asia. It grew and grew, ultimately becoming the region's largest distributor of U.S. cotton fabrics, carrying over 10,000 bolts of fabric and a wide array of quilting supplies.
During those years, Monique achieved notoriety in South East Asia, Australia and Japan for her teaching.
As for those who really aren't interested in the craft itself, she enjoys enlightening them about this art which has been handed down so carefully from generation to generation.
In 2000 Monique decided to move back to the US to be with her Daughter, while retaining the majority shareholder position of the business in Singapore.
After 8 years of retirement, Monique could no longer fight the bug to open something again. With her daughter's children a bit older and in school, she proposed they open a business together in Lake County—an area in desperate need of a quilt store.
After 3 decades Monique was still in love with quilting and all that surrounds it. The journey of quilt-making challenged her in many ways she never dreamed possible. She will be missed always